Ivailo Mirchev was born on 11 August, 1954 in Sofia, Bulgaria. On 1981 he graduated at the Painting Department of the National Fine Arts Academy, Sofia, in the class of Prof. Svetlin Roussev. On 1983 he became regular member of the Union of Bulgarian Artists. On 1985 he was assistant Professor at the Academy of Fine Arts, Sofia. On 2002 he was Deputy of the Bulgarian Artist’s Union. The artist lives and works in Sofia, Bulgaria. 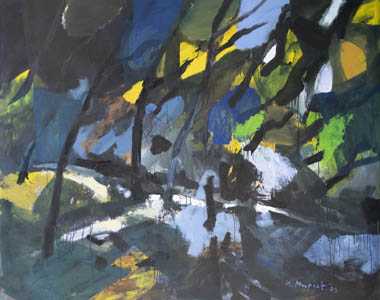